International DC Trio is a phenomenon on today’s music stage. Performing in a variety of musical genres – from classical to modern jazz, as well as flamenco, Latin and country – they have achieved a unique style, owing to original compositions by Serge Khrichenko, and original arrangements of well-known melodies, performed by these three highly accomplished musicians.

International DC Trio has performed in prestigious venues – at the Russian Cultural Center, the Russian Embassy, the ‘White Night Festival of St-Petersburg’ in Washington, in Charlotte, NC and many other locations.

Performers include Serge Khrichenko – Virtuoso guitarist, composer for the International DC Trio whose compositions were listed as “Top 10 of Earth” in the music charts;
Anna Nizhegorodtseva -Young gifted pianist, the winner of the 2014 Lewisville International Piano Competition, TX and the International Music Competition in Italy, 2015; and
Enrique Reynosa – Gifted violinist, who had the honor of playing in the White House for President Barack Obama. He is one of 20 violinists in his family.

International DC Trio are the proud winners of the International Music Competition EUTERPE in Italy, the outstanding phenomenon on today’s music stage.  Theirs is music that touches your heart, gives a soul to the universe, wings to the mind, flight to the imagination and life to everything.

This concert is being held in partnership with the Federal Cultural Foundation. 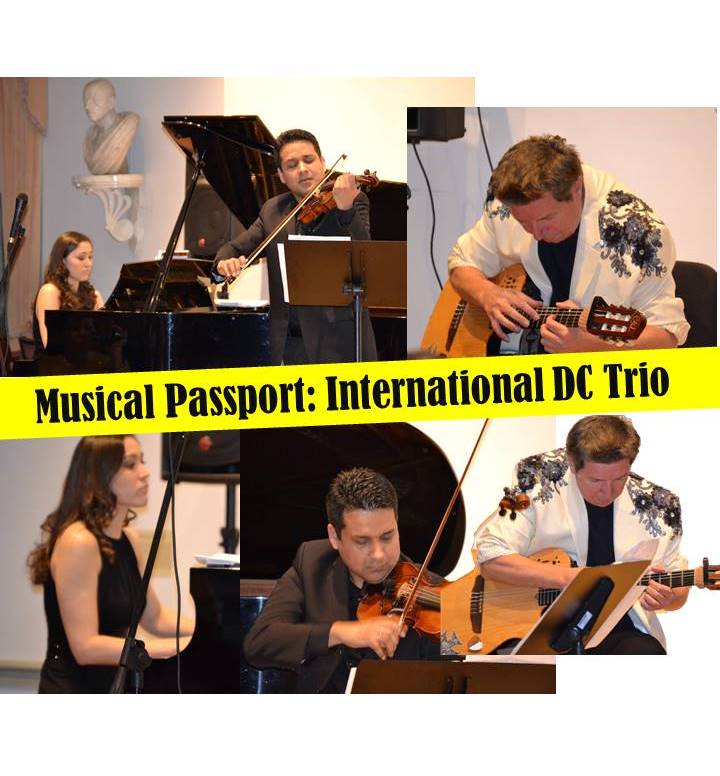